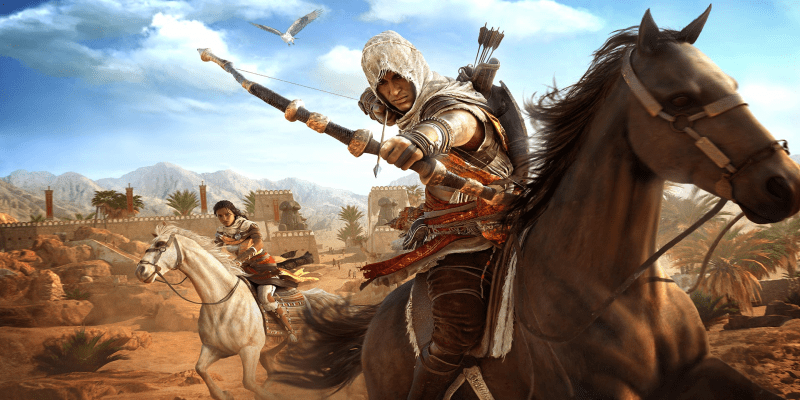 In November 2020, the last part of the Assassin's Creed series was released. It has received mostly positive reviews from critics, but time will tell how much gamers will remember it. In total, this franchise has about 30 main games and spin-offs. In connection with Valhalla's release, we decided to recall all the series' episodes and make our best list.

Despite the bugs that were at the very start, Unity was remembered by players for many successful innovations and incredible locations. The detailing of Paris and its realism were a real delight. The main missions were complex challenges like in the Hitman series with multiple solutions. The franchise had not known such variability and freedom of improvisation before. The setting of the French Revolution was perfect; historical characters constantly flickered in the frame.

Origins, by and large, gave a new impetus to the development of the entire series. Here, the action took place in ancient Egypt, and the players could learn the details of the assassin's brotherhood's origin. Considering how many parts, which were only indirectly related to these stealthy killers, came out after that, it is very valuable. In this game, the combat system and the character upgrading system received special development. There were a lot of quests available, which brought this part closer to modern RPGs.

The very first game in the franchise was a real breakthrough in the world of computer games. Many elements of mechanics such as parkour and freedom of movement had not existed until that moment. From a plot point of view, this part was a little weaker than the following projects, but it was a great start. The world, in which you were a clever assassin who could climb anywhere and run across the rooftops from one end of the city to the other, was amazing.

With its opportunity to navigate the sea on a ship, the third part was liked by many users. Therefore, after a while, the developers released Black Flag, full of spectacular sea battles. Here, the usual routine on lands, such as eavesdropping and chasing, was minimized. You could have spent most of your time at sea fighting pirates, robbing passing ships, and looking for treasure at the bottom. Do not forget about dangerous weather conditions, which were a significant part of the gameplay.

The second part was remembered by many players as the best of the series and called "the one about Italy." In this sequel, Ubisoft really did lots of the right things without spoiling them with other stuff that has little to do with the whole assassin theme. This part was liked for its excellent atmospheric setting. Gamers enjoyed Italy, several entirely different cities, and almost complete freedom of action. A casual walk around the locations was a pleasure.

Throughout its history, the Assassin's Creed series has had an unstable quality: the players fell in love instantly with some games, while they almost immediately hated others. We understand that every franchise fan has their personal rating, and it may not coincide with ours. Write in the comments which game you think is the worst and the best one!